Tired of trying western remedies for pain, and taking advantage of my stay in Hong Kong, I decided to give Chinese medicine a try.
And I luckily became friends with Dr. Chan, a young man in his late twenties, professor of Chinese Medicine of the University of Hong Kong, who not only treated me of my back pain but also explained me some secrets about this ancient practice. Our first encounter was in the university itself, in a room with some students preparing for the exam next day. He built a temporary wall, opened a portable stretcher and started pinning needles all over my body like a bullfighter. It felt rough, but healing. I just closed my eyes and trusted Dr. Chan, he was the type of person that looks trustworthy.

Then, some weeks later, after some more acupuncture sessions and inedible herb mixes, he decided it was about time to go into MOXIBUSTION! (Muhahahaha…)

I was totally unaware of what was coming, and I never heard the word before. As I was laying upside down and almost naked on that stretcher, he informed me that we would do the moxibustion.

And I understood “…and then we’ll do moshi-moshi”. I had to think twice before asking again. Was Dr. Chan going to call a japanese friend? Was he meaning something different? Whatever it was, it didn’t sound very appropriate.

“… we will now do moshisbation”, he repeated, and I misunderstood again… Did Chinese medicine treats include happy ending?
I was too embarrassed to ask Dr. Chan again, so I just closed my eyes again and let him do his thing.
And he started putting some needles, then some papers, some ginger and something on top of the needles that he burnt with a lighter. One after another. I had no clue what was going on, but I knew I was in good hands. Laying down in that stretcher at Dr. Chan office, I started to slowly fall asleep…

Vivid childhood memories came to my head, my first birthdays when I was a child, an increasing amount of candles every year, that my little lungs were unable to blow…. Then I remembered the Spanish fiesta, the smell of fireworks and how I was shocked as a kid to see the “Toro de fuego”, bull of fire, a tradition in some villages of setting fire on the horns of the bull and let him go around at night… 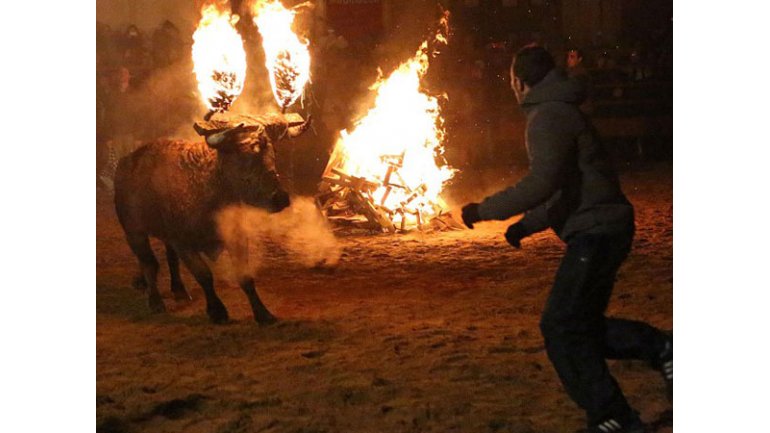 I opened my eyes some minutes later with the words of Dr. Chan coming from the distance: – “It´s ok?“, he asked.
I realized I was feeling a point of strong heat on my back and the whole room was full of smoke. I opened my right eye, looked at the candle in my arm, the slice of ginger, the smoke coming out of it, some more needles in other parts of my body, that nailed into my nerves every time I moved… “YES…IT´S OK!”, I mumbled, and he smiled with satisfaction.

I didn’t want to tell Dr. Chan that it was one of the most bizarre moments I had when going to a doctor, but then I realized that the treatment was something natural that I may even be able to understand at some point.

When we go to the western doctor and we swallow those pills of chemicals that they prescribe, we are having more faith and blind trust than the one I had in Dr. Chan when he suggested that strange word that I never heard before.